It’s Official: The 2019 Standard Deduction Is Getting Even Large
Read more
Editor's Pick

The Nigerian Film Stars Behind Some of Twitter’s Greatest Memes

In the good old days of Vine, one of the most popular clips was that of what appears to be a kid holding up a machete. With a mix of tears and sweat falling from his face, the young man cries to his mother, whom we can’t see in the video. You can feel the pain in his voice when he says, “Mama, tell him!” In a sudden burst of exasperation, he throws down the machete and sits with his bowed head in his hands, defeatedly hissing, “Oh my God.” This video quickly became the go-to reaction meme for expressing frustration, annoyance, or disappointment. The looping effect of Vines made it impossible to stop watching it, but the origin of the clip was largely a mystery. 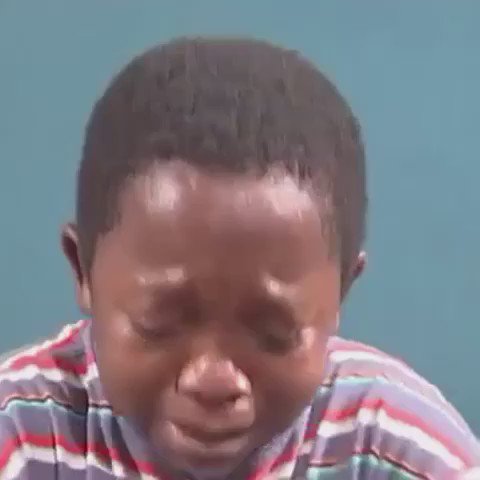 Fast-forward to a post-Vine 2019, a world where short videos of two small boys doing decidedly grown-up things like smoking cigars, pranking adults, and successfully wooing a number of women with their boisterous, high-pitched voices began to pick up in popularity on Twitter. Like the Vine that preceded them, the origin of these videos has remained obscure.

But for those well versed in movies from the Nigerian film industry, a.k.a. Nollywood, there’s no mystery here. The “boys” in these viral videos are the Nigerian comic-film duo Osita Iheme and Chinedu Ikedieze. Ikedieze is also the crying guy from the Vine. Don’t be fooled by Iheme and Ikedieze’s size — they’re both grown men (Iheme is 37 and Ikedieze is 41). They’re two of the most sought-after actors in Nigeria for comedic roles, and they rose to fame by playing mischievous children under the moniker “Aki and Pawpaw.”

Nicole, a Brazil-based woman behind the Twitter account @nollywoodroll, is largely responsible for Iheme and Ikedieze’s meme-star status. Her account, which has amassed over 200,000 followers since January, was created after she discovered the actors from Ikedieze’s famous Vine. Out of curiosity, she combed the internet for more videos of the actor and slowly worked her way through his entire filmography, as well as Iheme’s. She loved the movies so much that she decided to create an account to post snippets from them, as a form of homage to the actors. “I had no idea how far the clips would go!” she tells Vulture. “It’s quite exciting that a lot of people enjoy this content and thank me for introducing them to these actors.”

Iheme and Ikedieze have a vast selection of movies where they act as brothers or exuberant buddies. Let’s take a quick look at the more popular ones that have been immortalized thanks to Twitter:

One of the most popular memes is this scene from the 2007 movie Stubborn Flies. It’s a comedy about a spoiled young man (played by Iheme) who wants to move out of his parents’ home, take some responsibility for himself, and start a family. Ikedieze plays the role of his “guardian angel,” dressed in a white tux, who constantly visits him and tries to make him act right. Iheme’s character remains mostly unimpressed by his angel (“Where are your wings?” he asks suspiciously), but eventually he forms a friendship with him. In this particular scene — which has now been viewed by millions of Twitter users — Iheme is sitting in a chair with a book in his hand, trying to make sense of everything going on around him. The look on his face shows that something isn’t going right, but he doesn’t seem to understand why.

The 2004 comedy Mr. Ibu features this scene of Iheme’s character, Muo, stealing a few gulps from his father’s beer bottle and running off before he gets caught. In the movie, he plays a mischievous young boy who navigates the somewhat turbulent relationship he has with his father by pulling roguish pranks that he mostly gets away with thanks to his father’s vapidness.

This film is one of many in which the actors played teenagers, which they’re able to pull off as a result of their small stature and youthful look. Iheme and Ikedieze are undeterred by their size. If anything, it’s perfect for their movie roles, giving them an edge against bullies who may underestimate or try to outsmart them. Mr. Ibu is one of the most popular comedy films from Nigeria, a two-hour joyride marked by Iheme’s effortless humor.

UNDERCOVER INVESTIGATION (I) : Bribery, Bail For Sale: Lagos Police Station Where Innocent Civilians Are Jailed And Criminals Are Recycled

The Fight For Nigerian Independence

Do you have a news tip for us?